7 Types of Restaurant Servers Who Will Never Make Six Figures

Making six figures as a server is totally possible, but not for these people…
If there’s one thing I’ve learned from my 24 years in the hospitality industry, it’s this:

I went from virtually unemployable to arguably the highest-paid server on the planet, so let me tell you this: I know a thing or two about what it takes to make six figures as a server, as I’ve done it consistently year after year.

Making this kind of money is entirely possible … but not for these types of servers below:  Forgetful Fred

Forgetful Fred couldn’t remember the menu if his life depended on it. Ask him about the ingredients in the chicken cacciatore, and he’ll say, “Let me ask my manager.”

Order the Brussels sprouts, and he’ll bring you broccoli. Forgetful Fred is a mess.

You can’t make six figures as a server, if you’re forget basic information about the restaurant, the order, the menu, guests’ preferences, and so on.

“Never Sorry” Nina
Never Sorry Nina never apologizes unless she feels it was her fault. If it was the cook or

someone else, that’s on them!

Never Sorry Nina is in it for herself—she doesn’t think she’s part of a team. And she doesn’t really care about the guests enough, to apologize on behalf of her team. She takes no responsibility.

Being a six-figure server means taking ownership for the sake of bettering the guests’ experience, as well as team cohesion.

Successful servers know how important it is to connect with their guests and be personable – but they let their guests do 80% of the talking.

Chatterbox Chad thinks he’s a big hit, but little does he know, the guests would love to hit the guy over the head with the closest available foreign object.

The most you’re going to get with Impersonal Isabelle, is, “Can I get you started with some drinks?” “Is everything all right?” And “Here’s the check when you’re ready. No rush!”

She’s almost the exact opposite of Chatterbox Chad: she has no personality whatsoever – and she’s like a robot going through the motions. She makes no effort to get to know her guests and form relationships with them. Nor is she trying to meet their deeper needs (as six-figure servers do).

Impersonal Isabelle will never make six figures because she doesn’t get that this is a relationship business, not merely a transactional one. And she neglects the lifetime value of that relationship.

Slacker Steve
Slacker Steve has to be asked for virtually everything – refills, to-go boxes, you name it.

Instead of anticipating his guests’ needs, so they feel valued, Slacker Steve makes them feel like they’re a hassle.

Her body language is atrocious. She folds her arms when she’s upset. Stares into space when she’s bored. And hits on her guests.

She may even disappear for long stretches of time, to the point that you wonder whether she’s even still on her shift.

Creepy Candice has a lot to learn about successful service.  Distracted Dean

Distracted Dean is looking at his cell phone – checking out the girls – keeping an eye on the clock, everything except paying attention to the guests right in front of him and tending to their needs.

Distracted Dean has the attention span of a gnat. He just doesn’t get it. And that’s why he’ll never make six figures.

There are many other characters I could talk about – Miserable Melanie, Narcissistic Nick – and on and on. None of them are hitting six figures or anything close.

There’s only one path to becoming a six-figure server. And I give all the details in my

The Valdivieso Method: Discover the Proven Secrets of the Highest-Paid Professional Restaurant Server on the Planet! 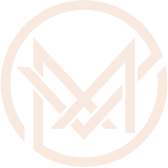